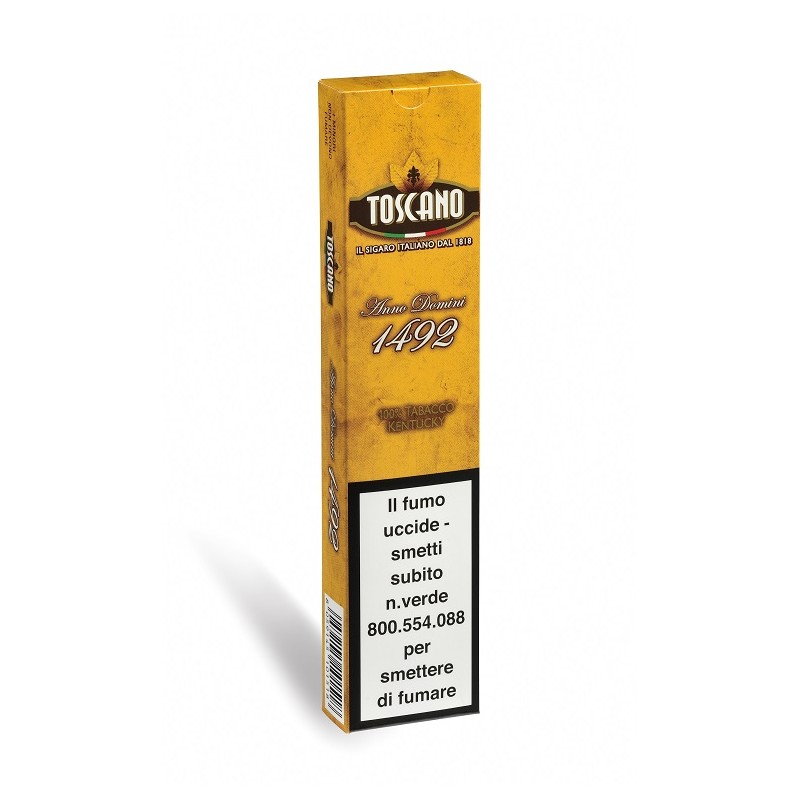 ute of the Tuscan to America, a land from which tobacco was imported into Europe. Not just a celebratory name, however, as this stortignaccolo is made with North American Kentucky (coming from Tennessee) used both for the filling and for the band.

The first appearance on the 1492 market dates back to 2007, when this limited edition cigar was proposed, in a box (called "Collezione Toscano") containing two Antica Riserva, two Toscano Originale and two, in fact, 1492 Anno Domini. Only in 2013, however, Manifatture Sigaro Toscano decided to propose it in its portfolio, in a pack of two whole cigars.