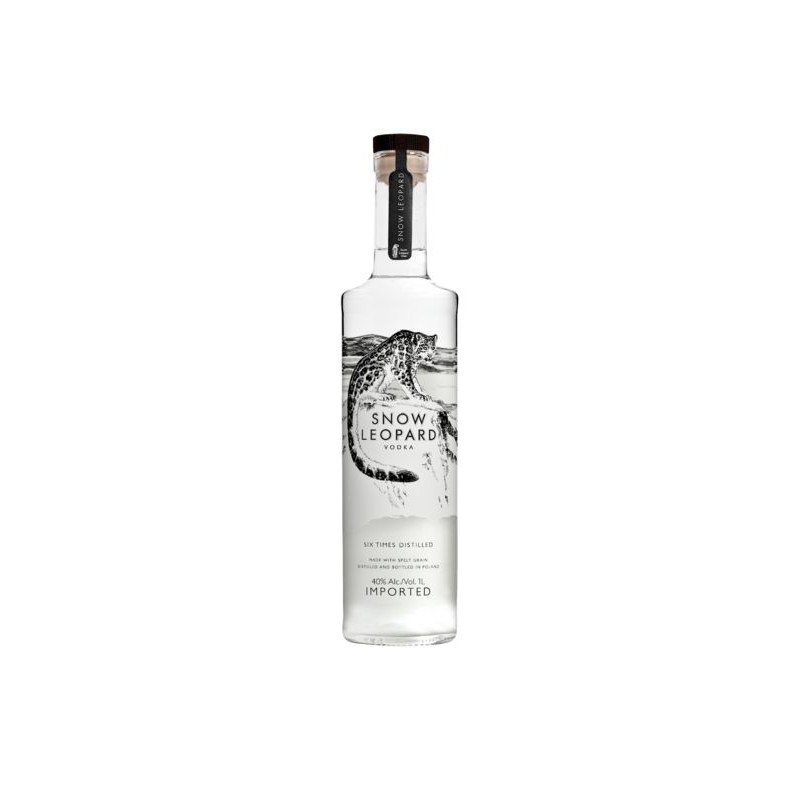 Snow Leopard is the first vodka inspired by a mission: the preservation and repopulation of the snow leopard. Almost 15% of profits are donated sustaining strategic projects to protect this animal, of which there are less than 5,000 specimens, explains Stephen Sparrow, founder of the distillery, which has already started projects in Kyrgyzstan, Mongolia, India and China.For the production of vodka, only polish spelt is used, grown and harvested according to the times of nature and without the use of pesticides and fertilizers. A cereal from organic farming cultivated on the banks of the Bystrzyca River in eastern Poland on the Ukrainian border.The fermented is then distilled six times in a continuous column plant near the city of Lublin.

Sold individually or in 6 bottles carton